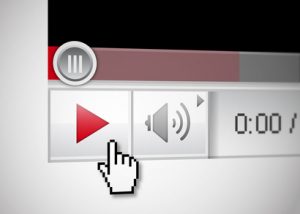 Everyone who’s been successful has been inspired, not just inspiring.
Chad Hurley, Steve Chen, and Jawed Karim were inspired by Flickr, Hotornot, and their early experiences of working at PayPal. They registered Youtube.com the day after starting work on it.
2 months later the first video, one of Karim at the zoo, was uploaded.
6 months later Nike became the first major business to use Youtube for promotional purposes. Their video of the football player, Ronaldinho, was an early hit.
18 months later Google bought Youtube for $1.65 billion, which for some reason didn’t lead to Hurley, Chen, and Karim building their own moonbase.
3 years and 18 months later Youtube passed 1 billion videos a day, but due to high costs remained unprofitable.
Today, Hurley and Chen work together at AVOS Systems which they co-founded, and is a key player at Youniversity Ventures.