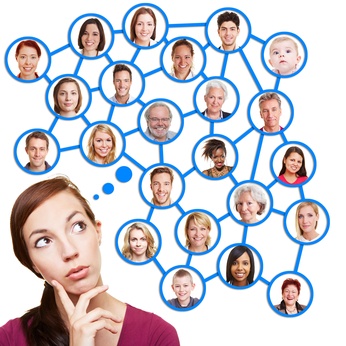 What is ‘Fave People’?

Twitter is trialling a new timeline feature called ‘Fave People’ in their Android alpha application – a mobile app the company uses to test changes before they move them to beta testing and out to the general public. The feature allows users to list their favourite accounts in a separate section of the platform making ‘Fave People’ a progression from Twitter’s previous ‘Lists’, with a friendlier label.
The alpha app currently includes a top navigation menu which users can swipe to move between sections such as ‘Home’, ‘Activity’ and ‘Discover’. ‘Fave People’ is the new addition to this menu sporting a fairly prominent position directly next to the ‘Home’ button. When alpha users select this section for the first time, the app explains how the new feature works:
Keep track of your favorites
Tap the star icon on the profiles of your favorite people to see their Tweets in this timeline. You can also choose to receive notifications when they tweet from Settings.
A button is located beneath this message so users can head into their ‘Following’ list and start picking out some of their favourite people for the timeline.

Users have always been able to favourite accounts but the compilation of these accounts within a timeline is new. Yet, while it is easy to see how the terminology is more accessible, the new feature doesn’t actually offer an easier way to list users than the previous ‘Lists’. For users following hundreds or even thousands of accounts, scanning to choose and star favourites could prove rather time-consuming.
Access to the ‘Fave People’ feature would enable mobile users to be much more selective about the tweets they view. Yet, avid users shouldn’t get too excited about this feature just yet – Twitter is only in the early stages of testing the addition and often abandons features that don’t prove engaging.

What are Your Thoughts?

Is picking out favourite accounts on Twitter too much effort? Should the platform suggest favourite users by analysing how accounts interact? Do leave us a reply to let us know what you think about ‘Fave People’…
Check out some of our other blog posts about Twitter:
Twitter Tests a Call to Action Button in Sponsored Tweets
Still No Local Discovery Feed from Twitter
Tailored Audiences New to Twitter Advertising
Twitter Engagement: 8 Ways to Step it Up